So I hit another milestone this morning - I finally got to 100 Oscar Entities confirmed, which enabled me to apply for the AMSAT Oscar Century Award. In the process I also qualified for the 2 lower awards for 20 and 60 contacts, I just hadn't bothered with those up until now..

This is the same as the Oscar Satellite Communications Achievement Award but is given for 60 satellite contacts. All the qualifications and costs are the same.

This award is the same as the Oscar Satellite Communications Achievement Award but is given for the first 100 satellite contacts. Qualifications and costs are the same.


I'm pretty jazzed, because this is realistically the most prestigious award I can get on the Satellites with the current fleet operating the way it is. With a theoretical max distance of 8000km on AO-7, and nothing any higher, there are finite number of countries in range of me here in Arkansas, making the ARRL DXCC award next to impossible to get. Hopefully in the future we'll have some birds at a higher altitude making more DX contacts possible, For now though, I'm really happy. 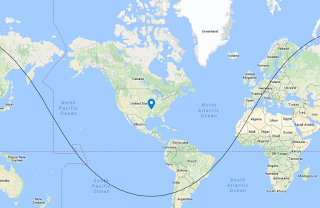 For some fun stats, Doug, N6UA gave me the most entities - at 4. Nebraska, New Mexico, Utah and Wyoming. 2nd was a tie between Patrick, WD9EWK who got me Delaware, Nevada and Arizona, and Carl, KA4H, who got me Virginia, West Virginia, and Ontario.

I was able to confirm 80% of my contacts using LOTW - and the rest were confirmed via direct mail card. Also every single contact was made using portable handheld equipment on my end, and completed using FM Voice or SSB Voice (No CW). I've never operated using a tower or an automated rotor, and the maximum power I've ever used is 40W. I think it's a great testament to what you can do on the Satellites when you challenge the accepted norms, and start thinking outside the box.

From here, the focus is back on grids.. currently sitting at 474 confirmed with 525 total worked. The chase never ends. 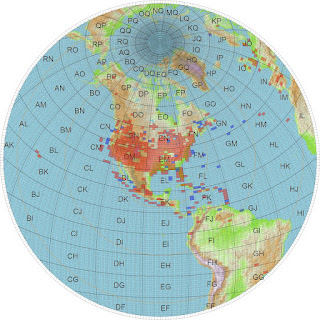