On behalf of Wyatt Dirks (AC0RA) and myself, we are am proud to announce that plans for the K6R Santa Rosa Island Satellite Expedition to CM93 have been finalized, and we are ready to share the good news with the community. 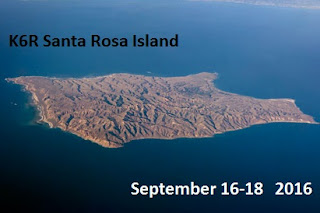 On September 16th, 2016 at 8:00AM PDT we will board a boat that will take us on the 3 hour ride to Santa Rosa Island, in the Channel Islands National Park. After arriving on the Island we will hike the mile and half to the back-packer campground, just inside grid square CM93xx. Over the next 48 hours we will  operate on a number of Satellite, HF, and Terrestrial VHF/UHF passes and frequencies attempting to hand out the exceptionally rare grid square, the IOTA entity, and the Channel Islands National Park to as many fellow hams as we can. 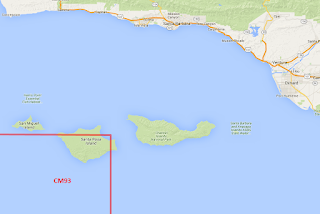 We'll be posting an FAQ in the coming weeks, that will hopefully cover the questions people may have. The things we can tell you right now though, are that we have secured permission to spend 2 nights on the Island and operate with small battery powered radios in Grid Square CM93. The primary focus of the expedition will be to hand out the very rare grid square on Amateur Radio Satellites, however we will also take some time to make terrestrial VHF/UHF contacts with those in range, and spend some time QRP on HF to activate the Island for the 2016 National Parks on the Air program.

We *will* be publishing Satellite pass schedules (probably a few weeks in advance of the op) and taking VHF/UHF terrestrial sked requests, but hold off emailing us until we asks for the requests. Once our operating windows and island movement plans are finalized, we will solicit input from folks.

QSLs will be direct with a SASE or via LOTW. We haven't decided who will be filling them out yet, or if we're doing a special card, or anything like that, but we'll be sure to let everyone know the path before we launch. 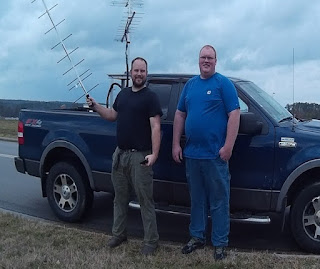 As far as a little bit about us, Wyatt (right) has activated over 150 satellite grids while /P and /R and is widely regarded as one of the most prolific and skilled grid hunters in the hobby. He's also a perennial champion in the different VHF contests as a Rover. I (left) have activated over 50 satellite grids while /P, and specialize in ultra-lightweight operation in the Summits on the Air program, and using handheld equipment to work Satellite operators at very low elevations. We're also both former Eagle Scouts, and have extensive experience backpacking, hiking, and camping in the wilderness. This expedition will put all of our skills to the test, but we feel that our team will be able to meet the challenges, and put one of the most sought after grids out there on the air.

Also want to send a big Thanks to the Santa Barbara Amateur Radio Club, and the Channel Island National Park Service for their assistance in planning this op.

There will be much more news in the coming months, but the expedition is a go! Stay tuned!
Posted by KG5CCI at 12:20 PM