There has been a lot of chatter recently about etiquette, rules, and bad practice on the Satellites. I think it's worth noting how I operate on the birds, not necessarily to tell you it's how it should be done, but more or less to explain my reasoning for doing the things I do. For the record, I still consider myself to be a new operator, even though I'm approaching 3 years active, and have a pile of rare contacts and extreme DXs on my resume. I still look to those who have been active a lot longer than me to temper my attitude.

It's worth noting that there's a big difference between things that are are illegal, things that are bad form, and things that are just annoying. There are also exceptions to basically every rule, that apply in extremely narrow circumstances. I will try to elaborate on these when I can.

So, with all this in mind, I'm going to do begin a new Opinion series on my AMSAT Etiquette rules. Feedback welcome, public or private. 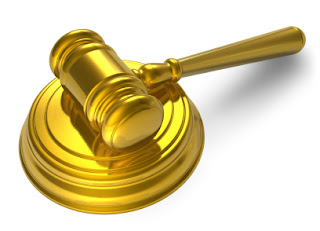 Rule 1: I never transmit at the bird, if I can't first hear it.

Most satellites in orbit transmit with a PEP of < 1W.. sometimes as low as 250mW. This makes them hard to hear. Even cheap Chinese HTs can transmit up to 5W, and it's very easy to get rigs transmitting 100W or more. This makes you very easy to hear. Satellites are a shared medium, with an uplink and a downlink. You have lots of users that are very easy to hear all trying to access a satellite that is hard to hear. See where I'm going with this? Even if you don't hear the Satellite, it very likely hears you. And while you might be transmitting 'in the blind' I can promise you that someone somewhere else can hear you doing it.... so when I'm thinking about keying up, every though I can't hear anything, I don't. Every satellite active in the sky either has some sort of 'beacon' that announces itself to anyone who can hear it, or has a transponder that has unique noise footprints, or has a carrier tone, or is so stinking busy with other users that it's impossible to miss. It is not a hard thing to wait until I hear the bird, and then key up. It's as simple as that.

Exception 1: Before claiming this exception one should have a supreme grasp of Situational Awareness (SA). There are times when the bird may be way out over un-populated parts of the world and you might legitimately be the only operator using it. On a bird like SO-50 or AO-85 they have 'wake-up' tones (certain PL frequencies) in order to get the bird working. It is OK to transmit in the blind in order to wake up a bird, that you otherwise know is there, and is approaching your QTH from a part of the world where it's likely not active. This rule can apply to stations operating on the edge of civilization... near the coast, the far north, the far south, that sort of thing. The only time I will do this from Arkansas is if it's the middle of the night, and I *know* the bird should be there, or I'm traveling to an extreme section of the country (Like CM93) and feel pretty good I'm the first human with a footprint.

Exception 2: When I'm pushing the distance envelope of what the satellite is capable of, and trying to make a contact with someone that I have a mutual window measured in seconds with, I will transmit in the blind for that station, hoping to get the QSO or the tuning started. This also requires Supreme SA, and there should be a very clear start/stop time to this transmission. If I should be hearing myself, and I'm not when the time rolls around, I will stop transmitting.